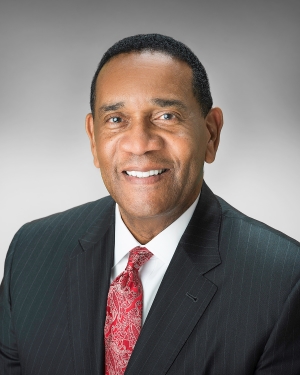 Metropolitan Washington Airports Authority Executive Vice President and Chief Revenue Officer Jerome L. Davis announced Wednesday that he plans to retire in September after a seven-year tenure. As the Airports Authority’s highest-ranking executive under the president and CEO, Davis has overseen the Office of Revenue, which includes Marketing and Consumer Strategy, Concessions, Airline Business Development, Real Estate, Commercial Parking, Communications and Government Affairs. Davis’ retirement caps off a career that has spanned more than four decades as a key executive in major U.S. corporations.

“After 44 years in the business world, including the past seven years at the Airports Authority, it’s time to begin a new chapter,” Davis told the Authority’s board of directors. “I believe we have made great strides forward since we established the Office of Revenue in 2014. It’s been an honor to work with the talented and dedicated folks on the Revenue team and across the Airports Authority.”

Under Davis’ leadership, overall passenger traffic at Reagan National and Dulles International airports increased by more than 9 percent, led by growth at Dulles International through the addition of 30 new international routes and 15 new airlines. Davis' efforts to increase non-airline revenue boosted it to an unprecedented 57 percent of total revenue, a $90 million increase since 2015.

In addition, he led a 2015 rebranding of the corporation, including the creation of a new logo to more closely tie the organization to the air travel industry and the National Capital Region.

Davis also led an expansion and upgrade of the airports’ concessions program, recruiting many popular global and local brands to provide a greater “sense of place” for the Washington region. His accomplishments in this area included the complete redevelopment of over 180 concessions locations, including shops and restaurants in Reagan National’s newly constructed concourse; launching new valet parking services; and executing agreements for new passenger lounges, including the American Express Centurion Lounge coming to Reagan National in 2022.

Airports Authority President and CEO Jack Potter praised Davis’ service and contributions during his “phenomenal run” as executive vice president and chief revenue officer at Wednesday’s board of directors meeting.

“Those who have been following the Airports Authority for the past seven years are certainly familiar with the accomplishments of Jerome and his team, and the overwhelmingly positive impact he has had in so many areas,” Potter said. “He has truly made an extraordinary difference for the Airports Authority, our business partners and our customers. We will miss his valuable collaboration, his broad business expertise, his wise counsel and the sense of energy and focus he has brought to our organization – in addition to his great leadership qualities and dedication to the success and personal well-being of his staff and colleagues.”

Prior to joining the Airports Authority, Davis held key executive positions in corporations including Procter & Gamble, Maytag, Waste Management, Electronic Data Systems and Frito-Lay. He also recently retired from the boards of two public companies, Apogee Enterprises and GameStop Corp. Davis also has represented the Airports Authority on the board of directors of Destination DC, the District of Columbia’s official convention and visitors’ bureau.

Davis credited accomplishments during his tenure to the “high-energy and very smart people” on the Revenue Office team “who wanted to make a difference by owning their work and owning the results.”